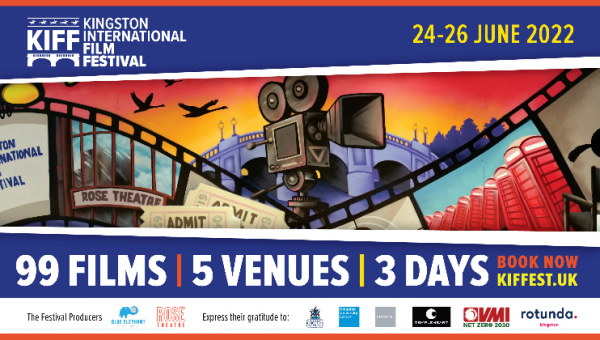 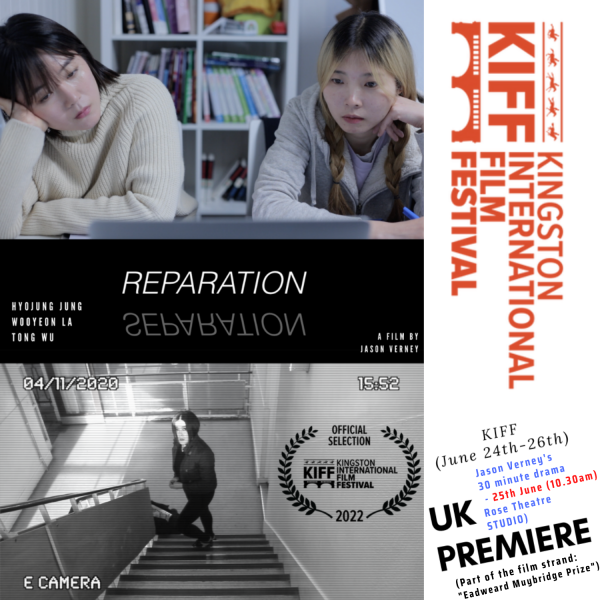 The last time I posted on 04uk was when I was casting for 2 actors for my film, "Reparation".  Well, that film is now finished!

So... I thought I’d let you know about two KOREAN language films at this year’s Kingston International Film Festival!

This may appeal to those who live in ‘K-Town’ / New Malden more than others, especially as there may be tube and train strike issues ㅠㅠ but… hopefully not! ㅋㅋㅋ

Really though, these films are for any Koreans anywhere, and anyone!

1. “REPARATION” - This is a 30 minute drama / social drama & mystery by me (dir. Jason Verney) which touches on Korean issues (세월호 / Sewol included), has a mostly Korean cast and is in Korean & English language (with English subtitles).  It’s the U.K. PREMIERE and in August I’ll be going to Korea again, for its KOREAN PREMIERE!  "Reparation" is in the film strand titled, "Eadweard Muybridge Prize Films" and takes place at the Rose Theatre Studio in Kingston upon Thames, LONDON.

2. “SESANG” - This is an award-winning feature film by the talented Jules Suo and is at Kingston University in a "Double Bill of Far East Asian Films" strand (along with a Malaysian film called "Roh".

Both films are on Saturday 25th June.

Thanks for reading this.  Stay well!

If you want more information about these screenings or the films themselves, feel free to contact me: